This is a short blog on my friend, Dr. Salvador Minuchin, who died recently at age 96. He was still working avidly, preparing for a family therapy presentation to thousands of people at the Ericson Foundation in California.

I’ve been fortunate enough to know Sal for over 40 years. He was a great therapist, a great inspiration, and a warm person. To use the words of Braulio Montalvo’s daughter Maria, ‘Sal made everyone feel like they mattered’.

One of the things that has not been focused in the lavish accolades for Salvador is that he was also a brilliant scientist.

If you define a scientist as someone who discovers patterns in nature, Sal was indeed a scientist. The pattern he discovered is concept of family structure. Structure is a concept that is a very powerful tool for the clinician. In my mind, I see the structure is akin to a biopsy of the system. It gives an immediate map of what is the problem and what should be done with the family and their system. 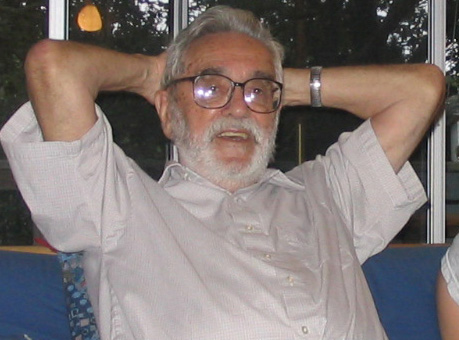 Of course, the concept, he once said, had been misinterpreted with a criticism that I was describing a static system. His concept at the beginning acknowledged that structures are ever changing. He went on to say: " I was always interested in context. In Israel one day, I was watching some children playing. There were European, South American youngsters alongside Turkish children. I was struck by the differences in their cultural context which was vast yet there were similarities in their family interactional patterns."

Indeed, Sal’s consistent use of structure over the years is a defining characteristic of his work and the work of countless family therapists, myself included.

In the 60s, Minuchin moved to New York City. There, Sal worked with Braulio Montalvo, Bernice Rothman and others at Wiltwyck School for boys which was a reform school outside of New York City for kids, mostly from Harlem or South Bronx, very impoverished families. There he developed structural family therapy and they published that work in his classic book, Families of the Slums.

At one point, about 5 years ago, I asked him how he came across this innovative idea of working with families, innovative even today in many contexts. Sal said: "I had a very smart secretary who would type my assessment. One day, she said, you know what Dr Minuchin? I typed the exact same assessment for this boy, a year ago."

Sal replied: "do you know what? We’ve got to do something different. Let’s bring in the families."

The Minuchin’s then moved to Philadelphia where Sal became a director of the Philadelphia Child Guidance Clinic. Some of his most innovative work was his work with psychosomatic families, troubled families that had children with severe diabetes and anorexia nervosa. There again, he look at family interactional patterns within these systems. He developed with his colleagues the model of the psychosomatic system.

One of the most innovative parts of the work to me was the family task both in Wilwyck as well as in Philadelphia. There were certain postulated interactional patterns that they tested with experimental and asymptomatic families to see whether these families manifested patterns, indeed the family was the patient being analysed. The video tapes of these family tasks were then scored by raters who didn’t know whether they were experimental or a-symptomatic families, that is where the families had conduct disordered children or psychosomatic symptomatology.

One anecdote that I believe hasn’t been put in the literature: the doctors in the hospital referred a girl saying we can find no reason for this girl’s weight-loss. They said, it must be on psychological terms. The researchers did a family task and they found that this girl’s family did not have the characteristic psychosomatic family patterns such as conflict avoidance, triangulation, overprotectedness and rigidity. The team decided to go back to the doctors and say, you better look further. Indeed, the doctors of the hospital looked further medically and found the girl had a pineal tumour.

In contemporary treatments, two of these researchers have continued well into the next generation, the Maudsley method for treating anorexia is the standard worldwide for treating juvenile anorexia nervosa. In terms of conduct disorder children, multi-systemic therapy and functional family therapy are considered to be based on Minuchin’s work and are utilised worldwide.

In closing, Sal often used the metaphor of his many voices, the many voices of his mentors when he is working. His legacy today, in many ways, is that his voice is one of the voices, and a loud voice, of countless clinicians worldwide that have the gift, his gift, of this powerful lens, family structure. Innumerable families worldwide have benefited from Dr Minuchin, the scientist, and on their behalf I take the liberty of saying, thank you, Sal Minuchin.

Register as a member here (unless you are a spammer - if so don't waste your time).